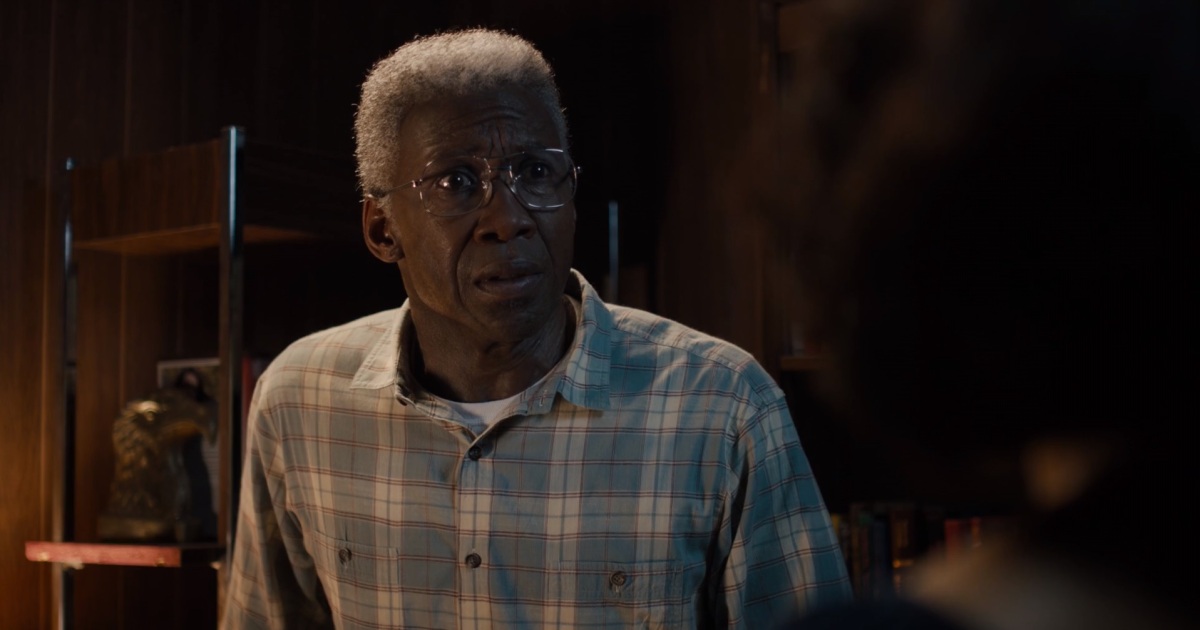 [Warning: This post is going to get real spoilery real fast. Do yourself a favor and go watch season three of True Detective if you haven’t yet. It’s very good. Then come back and read this.]

Season three of True Detective might be the greatest TV bait-and-switch of all time. It promised a return to form for the series after the critical disaster that was season two. Here we were again with two grizzled, miserable-looking detectives in the South investigating a heinous crime involving children. The color palette was muted. The pace was slow and deliberate. The dread was palpable. One episode even directly references season one, with a character looking at a newspaper clipping with pictures of Rust Cohle and Martin Hart and basically asking, “Boy, isn’t this just like that other case a few years back?” Not terribly subtle.

But then there’s the final episode. After seven episode of leading viewers to believe that they were witnessing the second chapter in the saga of the horrific pedophile ring uncovered in season one, episode eight pulls the rug out from underneath its viewers with the most unlikely twist: something resembling hope.

The first twist revealed in the final episode is that there was no pedophile ring involved with the disappearance of the two Purcell kids after all, just a woman grieving over the loss of her daughter and trying to fill the hole that loss created. It’s a clever twist, but one that was telegraphed ahead of time to savvy viewers. However, that twist is just a slight-of-hand obscuring the much more explosive second twist, a twist revealed by a ghost. 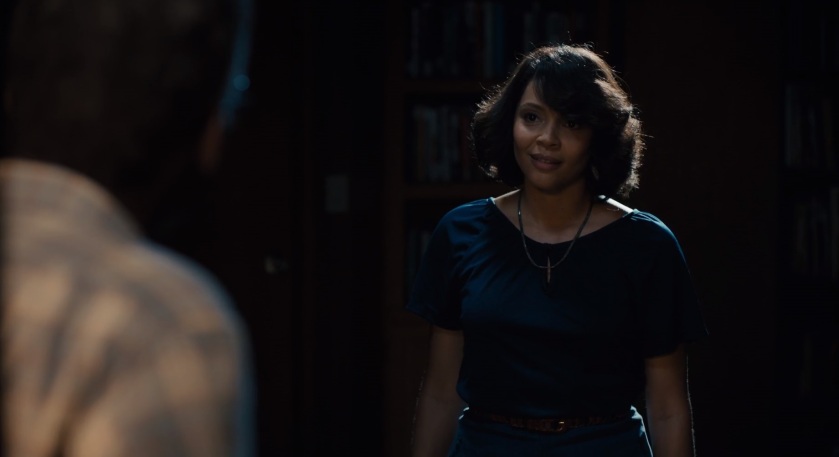 Wayne Hays’s dead wife Amelia doesn’t appear as a literal ghost, but rather as one of the hallucinations Wayne experiences as his mind is fractured by the descent into dementia. As such, it’s not really Amelia making the reveal that Julie Purcell is still alive but rather a part of Wayne’s brain that has drifted loose from his conscious thought process. But what Wayne’s vision of Amelia says to him is the thematic crux of the entire season: that even the worst kind of loss–the loss of children–does not have to destroy all hope. It does not have to destroy the people whose lives it has touched.

For the entire season up until that point, that is what it had done. The loss of the Purcell children–one dead and one missing–tore an entire town apart. It made them suspicious of each other. It made them turn on one another, sometimes resulting in terrible violence. It destroyed the children’s parents. It destroyed Wayne’s career and haunted him throughout the rest of his life. It left Roland broken and alone, his one chance at a family gone and his former partner not coming around to see him anymore.

But that ending wasn’t really the ending at all. All this life, all this loss: joy sprung from it, too. There was the joy of Wayne and Amelia’s marriage. Yes it was troubled at times, but it was as beautiful and tender as it was tumultuous. The investigation into the Purcell children didn’t drive Wayne and Amelia apart; it’s what brought them together. Roland may have wound up without a wife and children, but he found unexpected joy in the dogs he rescued and took care of. Try as he might have to self-destruct, he was saved by a moment of tenderness with another creature as lost as he was.

And then, of course, there is Julie Purcell’s second life as a loving mother and doted-on wife. Despite the tragedy of being separated from her parents, of her brother dying, of being drugged into a years-long stupor and forced to live in an underground bunker made to look like a dollhouse, Julie turned out well adjusted and genuinely happy. If she can make it out of all that trauma OK, the show seems to say, surely we can make it through our own trauma, too.

The redeeming factor for all of these characters is love: Wayne and Amelia’s love for each other, Mike’s lifelong love for Julie, Roland’s love for his dogs. They all survived a tragedy that tore a town apart because they found something to hold onto, a connection to the world around them, rooted in the part of their hearts that tragedy hadn’t extinguished.

It’s a direct rebuke of the miserablism of True Detective‘s first season, and perhaps an admonishment from series creator Nic Pizzolatto that if he has grown up and moved on from wearing nihilism as a badge of honor, so should we. After all, the real world seems like a bleaker place than it did back in 2014. At a time like this, wouldn’t the idea that there can still be better days ahead be a story worth telling? Wouldn’t it be a story worth hearing?

I read and write for fun but I only arithmetic out of necessity. View all posts by Jeremy

This site uses Akismet to reduce spam. Learn how your comment data is processed.